Ode to the Mac 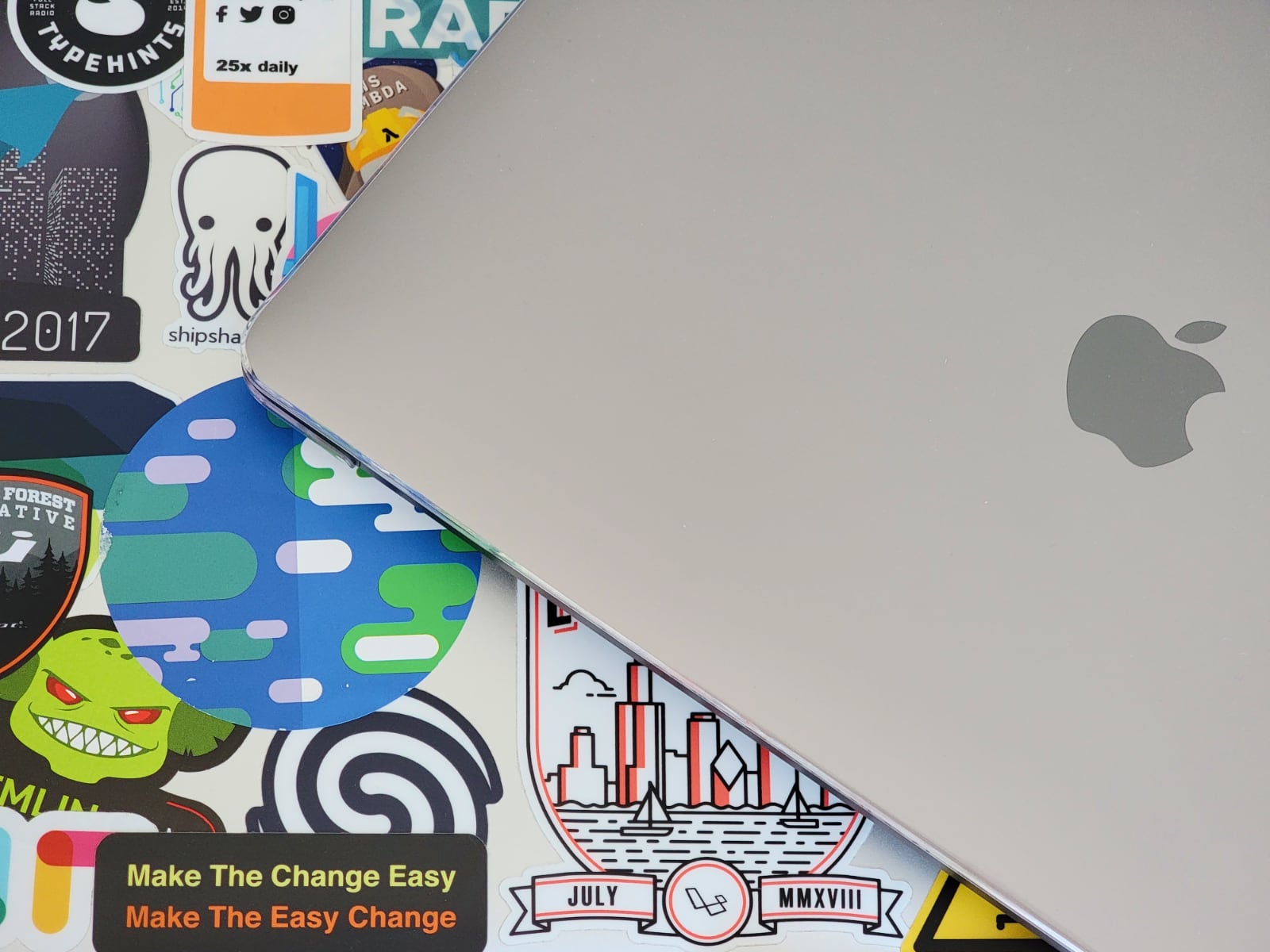 Is it wrong to idolize an inanimate object produced by a soulless corporation? Depends on whom you ask. I, for one, feel warm and fuzzy every time I pick up my Mac. The joy it has brought me over the years is hard to express in words, but I'll try, nonetheless, in this ode of sorts to the Mac.

A born and raised PC user

I started out as a Mac hater or, at the very least, contemptuous of the Mac culture I perceived to be borderline fanatical.

You see, I was born and partially raised in Romania. After the fall of communism and the onset of democracy, the computer industry - more precisely the PC - exploded. Everyone got access to cheap PC hardware and all the pirated software they could handle. For a while it seemed like there wasn't a single piece of legal software in the whole country. I only slightly exaggerate, but for a newly emerging democracy it was par for the course. From regular people, to companies, to public institutions and government agencies, software piracy was as natural as three meals a day.

I still remember the Microsoft anti-piracy campaigns from the 90s and early 2000s. The educational propaganda was especially hilarious because it assumed people could actually afford to pay for software at western rates, when the average monthly income was $100 or less. For reference, my first full time software developer job in the early 2000s paid $250 a month.

I stopped pirating software a very long time ago, after income grew, and it became more worthwhile to buy the licensed product. Whatever your feelings about piracy, it did help create a class of skilled software developers that has thrived up to this day. Often you'll hear of Romanian (and other Eastern European) hackers in the news. You'll also find Romanian developers across the world, as many of us have left the country for better pastures.

During those early days, the PC was seen as the cheapest way to get into computers. You could piece it together from used parts traded from your friends. The hardware could run not just (pirated) Windows, but also Linux.

As for Apple computers, I don't remember hearing of anyone owning one before the 2000s. The Mac was perceived as a luxury product that only high-end agencies or wealthy people used.

After I moved to the US, the Mac became commonplace, but still not as ubiquitous as PCs. The companies I worked for were not fond of Macs, and they imprinted some of that disdain in me. At one point, a developer was hired, and they wanted a Mac. Needless to say, that person was scoffed at, and issued a PC.

I came out of this period with the utterly wrong and biased opinion that those who only wanted to use Macs were some kind of snob. Surely they were elitists who got a kick out of bragging about their overpriced hardware. I didn't get it until much later.

As the saying goes, "I'll try anything twice", or something like that. Fast-forward a few years, new company, new culture, most devs are using Macs by choice. I started out with a PC, but shortly made the fateful decision to inherit a Mac from a departing colleague.

It sounds dramatic, but that seemingly insignificant decision marked a turning point in my career. Getting used to a new OS and the associated philosophy took some time, but it was so worthwhile.

From that moment I became a true indie hacker. Don't get me wrong, I hacked before outside my day job, but it just wasn't as exciting. Simply having a Mac gave me an incentive to use it more.

That thing you do, Mac

I turned into the very type of person I used to mock. A Mac fanboi. There's something about the Mac that no other vendor has managed to replicate.

Mac fans often claim the reason why Macs are so good is that the hardware and software are perfectly integrated. That's definitely part of it.

The hardware is slick, solid, and has a premium feel. The Mac keyboard's shape and layout are consistent. Has Apple screwed up on the hardware side? Absolutely. We all know about the recent keyboard controversies, the removal of ports, the touch bar, and so on. There are encouraging signs that they have learned some lessons, if we are to believe rumors about the next gen M1X 14" and 16" MacBook Pros.

Speaking of the keyboard - let's ignore the failed experiment with butterfly switches - I consider the Mac keyboard to be one of the best I've ever used, particularly the Magic Keyboard 2. The scissor switches in this keyboard, as well as the recent generation of MacBooks, feel great, and make me a very efficient typist. This means fewer mistakes when I'm coding, so higher efficiency. Then again, keyboards are a very personal thing, and a lot of devs prefer long-travel mechanical keys. I'll admit I tried that, but it's not for me.

Even the keyboard layout is unmatched. The simplest thing, such as the location of the Cmd key, is an order of magnitude more ergonomic than other keyboards. It makes Cmd+C/Cmd+V second nature. How many times a day do you use that particular combo? Hundreds perhaps. It adds up over the course of years.

Moving on to the trackpad itself, it may sound like a banal feature, but I've never come across a better implementation than the glass MacBook trackpads post-2015 or so. What I love the most about it is that you can tap it anywhere (not just in the lower half like most Windows laptops), and it engages with a solid, distinct click. I like it so much that I got a wireless Magic Trackpad for my desk. I've never used a mouse with a Mac, just because I find the trackpad sublime.

MacOS itself is slick and quite beautiful, much more than Windows. I'm particularly fond of the thin, subtle window frames, buttons, and UI elements. Windows, by contrast, feels clunky and outdated. When I'm in Windows, I try to ignore the UI as much as possible, but on the Mac I'm always admiring the attention to detail. Big Sur has stepped it up another notch.

Tightly integrating hardware and software definitely has its advantages. Apple is able to precisely control and direct the experience. Everything works together efficiently, the downside being that it is not an open system. Hardware internals are limited to what Apple decides to offer in the current iteration. While you can transplant MacOS on unsupported hardware (Hackintosh), it doesn't make for a complete experience in my opinion.

I will admit that building a Hackintosh has crossed my mind a couple of times, to cut down on the number of machines, but be able to play games on powerful hardware like I can do on my PC.

A very important feature that makes it the ultimate dev machine for me, is the Unix/*NIX underpinnings. This makes it super easy to set up all the tools a web developer needs. Plus there's already a huge community and countless tools for the MacOS platform.

Windows is trying to catch up with WSL, but it's far from the streamlined Mac experience. I know that, because I worked professionally as a web dev in a Windows environment for several years and disliked many aspects of it.

It may sound shallow or extreme, but I decided I wasn't going to accept another position with a company that refused to issue the tool I need for maximum efficiency.

The Mac changed my life and career

Many workplaces do not provide enough career growth opportunities in your direction of choice. Very often, the only thing you can do to advance your skills is to hack on side projects outside of work.

The Mac gives me joy from the moment I pick it up, and it motivated me to learn new technologies and build small projects on a daily basis. I've kept at it over the years, and it has become one of my main hobbies. It's how I learned Laravel, Vue, Electron, Svelte, and other technologies that I would never have at the chance to use at my day job at the time.

I can confidently say that a PC would have never provided the same motivation, but perhaps that's also because the PC was always an entertainment device for playing games, watching movies, shows, and so on. On the other hand, I've never played a game on a Mac; it's always been my dedicated developer machine.

The stack I mentioned - Laravel, Vue, Svelte, Electron - is my absolute favorite. I've had the good fortune to use part of it professionally. Same as the Mac, it brings me joy when I build something in it. My career might have had a very different trajectory, had the Mac not nudged it in this direction.

Predicting the future is impossible, but I like to believe that the Mac will continue to improve in meaningful ways, until I retire and beyond. I don't see myself writing code on another platform, though I am fully aware that things can change. I suppose I could try developing on a Linux machine, but it would not be the same. Even assuming I found decent hardware, the integration is not there, not to mention all the dev tools that already exist on the Mac.

Fortunately there are signs that Apple has listened to some of the negative feedback from the recent past, and is acting upon it. Rumor has it that in 2021 a new generation of MacBook Pros will be released, in 14" and 16" screen sizes, with a new M1X ARM processor, no touch bar 😳, plenty of ports, and MagSafe 🤯. That would be seriously impressive.

Even the first iteration of Apple silicon in the form of the M1 has been an excellent move. It once again differentiates the Mac from the rest of the market. Moreover, it introduces a new, powerful architecture that should provide a strong foundation for years to come.

I just bought my first Mac

It sounds backwards to end with "I just bought my first Mac", doesn't it? But it's true. The Macs I've used until now have been surplus hand-me-downs from places I worked at, and company machines. The one closest to my heart has been a 2015 MacBook Pro, the last of the "good" generation, with all the ports, physical function keys, and scissor switch keyboard.

Sadly this old workhorse has been getting on in years, and it was time to replace it. I've been watching the M1 with interest, and thought I should wait for the rumored 14" M1X. However, all reports and reviews indicated that the M1 Air was more than capable, and so...

After many years of using them, I finally bought my first Mac. It's a MacBook Air, with the 8-core GPU, 16GB RAM, and 512GB storage. I've had it for a week now, and I absolutely adore it. It's more performant than the old 15" (even my company-issued i9 16"), in a small package, with stellar battery life.

Here's to many joyful years hacking away on the M1 Air!