Developer Podcasts I Listen To Photo by Dan LeFebvre on Unsplash

Why listen to dev podcasts in the first place?

I wasn't really a podcast person until I started listening to Full Stack Radio but from that moment I got hooked, and every 30m - 1h of idle time thereon was reclaimed. As it happens, my daily work commute falls between 30m - 1h which gives me the opportunity to listen to 2 episodes every day while I'm driving. I only wish I had done this years before, during hundreds of hours literally wasted driving to work through our lovely Chicago traffic.

There's a lot more to say about why I now believe that listening to profession-related podcasts is a very good thing, but for now I'll just mention that to me, personally, listening to something technical such as a developer podcast must be done under certain conditions. I can code while I'm listening to music, but I can't do that while listening to a podcast. The reverse is true while I'm driving. My driving muscle memory is strong enough that I can focus on the technical aspects discussed in the podcast.

Another way of looking at this from an engineering perspective is that, while coding, my brain needs to allocate most resources to the main process, and much less to the secondary process of listening to something. Driving is one of those activities that I can do very well on a secondary process. In over 20 years of driving without incidents I have yet to be proven wrong.

Beyond the immersion in a certain culture aspect (that I want to revisit in more detail in a future article), one huge benefit of hearing cool things about the technologies I work with on a daily basis is that it energizes me first thing in the morning. Imagine arriving at work all pumped up about a new technique or technology.

Bottom line, I've become a strong believer that there aren't much better ways to reclaim time wasted commuting (or engaging in a huge variety of brainless activities) than to listen to a podcast tied to your profession.

One word of caution though: take care while doing something potentially dangerous while wearing headphones. I had a close call once while riding my bicycle and listening to a podcast through headphones. In that situation my mind tends to become boxed in, and gradually loses connection to the outside. Lesson learned - I'll never do that again.

Let's dissect each of the developer podcasts I've listed, to see what makes them special. I won't go into too much detail about where to find each podcast but my platform of choice is Spotify. If it's not there, the chance of listening to it decreases for me, as I do most of my listening while driving. I'm not an iOS user either so iTunes is not a great option for me.

What is it about? Adam's background is Laravel and Vue.js, and of course Tailwind CSS so a fair number of episodes revolve around this ecosystem, but there are a numerous discussions on a variety of industry topics, to quote, "everything from user experience and product design to unit testing and system administration". More often than not he interviews developers, designers, and people from the software development community.

If there's one podcast above all else that I would pick, this would be it. Once I discovered it, I listened to all the episodes, going back in time all the way to the beginning. I've learned something new or interesting from every single episode - 115 and counting as of this writing.

What is it about? Wes and Scott are full stack developers deeply embedded in React-land. React is not really my cup of tea (Vue.js FTW) but this is my second most listened podcast because most episodes are not React-specific but rather touch heavily on general JavaScript issues, as well as a diverse range of topics relevant to developers. The two have great chemistry and are absolutely hilarious to listen to.

I found out about Wes Bos when I attended his talk on CSS Grid at Laracon 2018. Both him and Scott run their own businesses focused mainly on creating premium video tutorials on React and JavaScript-related subjects.

What is it about? As the title suggests, this podcast is mostly about things happening in Laravel-land. Each week or so, Jake and Michael discuss new features that are added to the framework, as well as new packages and various other related topics. If you want to become a better Laravel developer I highly recommend it.

I started listening to this podcast recently and, once again, I fired up my time machine and went back all the way to the first episode. I didn't adopt Laravel very early on so I missed a lot of the goodness that happened in older versions. Because Laravel is my universe for the foreseeable future, I want to absorb as much of it as I can, so it makes sense to me to witness "history in the making", if you'll forgive the pun.

No Plans to Merge 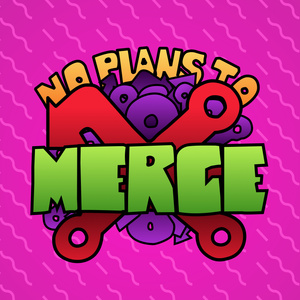 What is it about? Two developers from Tighten discuss programming topics for a quick and succinct 20-30 minutes. Since both are Laravel devs, quite a few discussions touch Laravel to some extent but I really enjoy the light, friendly banter between the two. It's like having a conversation over a beer with your best bud about programming and work-related stuff. Very insightful, relaxing, and I appreciate the short length of each episode, which makes it easy to pick one up at odd moments when I don't have a full hour to dedicate to another podcast. 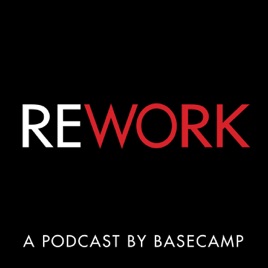 Hosted by The folks from Basecamp

What is it about? While this podcast is not specifically about programming, it is produced by one of my favorite companies in the world, and the subjects are nonetheless incredibly fascinating. Many of the episodes are about better ways to run a business, as well as various pitfalls that the company has encountered. Most episodes feature interviews with employees of the company in diverse positions (which makes it fascinating to take a peek inside Basecamp) but also with industry peers who hold similar views or face similar challenges. Overall it's a great insight into how a well-run company operates. The episodes are short and to the point, which makes them easily digestible at a moment's notice.

What is it about? Very quick snippets by Taylor Otwell, the creator of Laravel. This one is a little weird because it's not a podcast per-se, rather more of an audio blog where he gives updates on how his work on Laravel and related products is progressing. Must-listen if you are a Laravel dev, as it gives insight into Taylor's mindset.

The Laracasts Snippet or directly from Laracasts

Hosted by Jeffrey Way aka Laracasts

What is it about? Short random snippets, some touching on programming, others not so much, by Jeffrey Way. Jeffrey is a huge contributor to the Laravel community and the creator and owner of Laracasts and I enjoy these tidbits a lot. Too bad they're not up on Spotify. 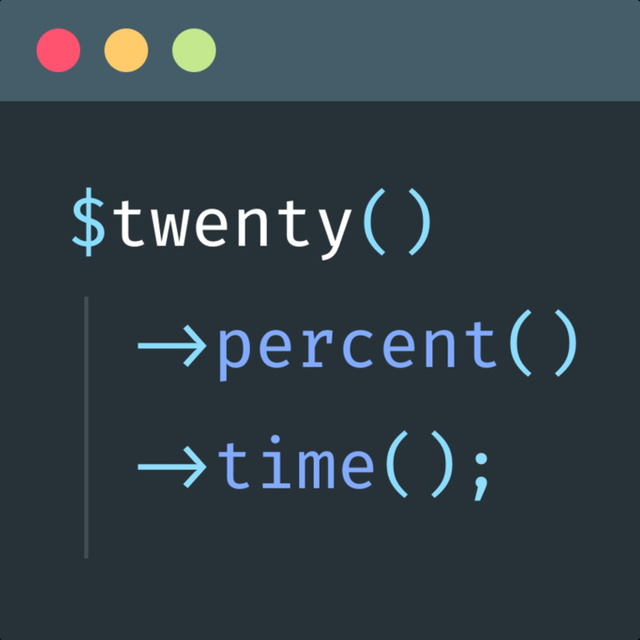 What is it about? As far as I can tell, Twenty Percent Time morphed into No Plans to Merge. Both are hosted, of course, by Daniel and Caleb. I plan to go back and listen to this podcast as well, because I like the duo so much.